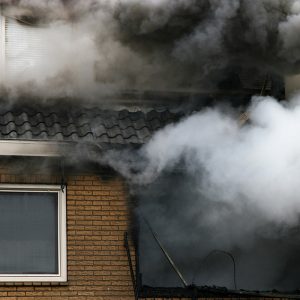 Field fresh corn on the cob. Picnic perfect fried chicken. Just caught fish. And those famous steaks and burgers– charred on the grill. Seasonal favorites set the tone for a fun summer but  home fire injuries can be very dangerous.

According to a report by the National Fire Protection Association (NAPA), American fire departments responded to an average of 466 home cooking fires per day. Cooking caused almost half of the reported home fires and home fire injuries. and one in five home fire deaths. More than half (55%) of reported non-fatal home cooking fire injuries occurred when the victims tried to fight the fire themselves.

GW Savage wants you and your family safe this summer. Here are some facts and some tips for cooking with care and avoiding fire damage and the cleanup that can follow.

Ranges and cooktops accounted for the majority (62%) of home cooking fire incidents and an even larger share of civilian deaths and injuries. Electric ranges have a higher risk of fire and associated losses than gas ranges. Other cooking devices like toaster ovens, microwaves and hotplates can also malfunction and cause trouble. And keep the area clear — oven mitts, wooden utensils, food packaging, towels or curtains.

Flammable materials too close to the grill is another common cause of house fires and damage cleanup. Loose clothing, towels, long hair, loose papers, recipe books, and structures are all flammable objects often close to grills that could potentially ignite.

For Fire Damage Cleanup In Burlington

GW Savage fire damage cleanup professionals have the necessary tools and training to respond to fire and  water damage. For more than two decades, they have provided full-service restoration services in Vermont, Northern New York and Western New Hampshire.

When disaster strikes your home, the first thing on your mind is getting your life back together. G.W. Savage responds quickly and efficiently to disasters of any size to begin the restoration process as quickly as possible. Our highly trained professionals are equipped to restore your home to its pre-loss fire damage condition as soon as possible.